Counting down to Jamie's Arrival

Show you the record I had been taking note and the pictures I took each month... Don't I look the same? :P 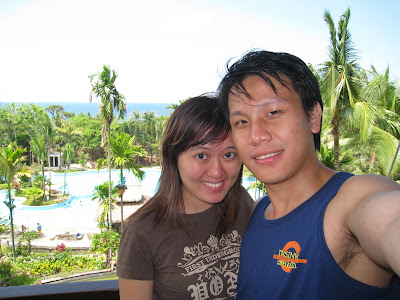 Suspected I had a drop in weight due to the Bad Bad Morning Sickness which started during the 7th week... arghhh... puke and puke after each meal :( Hate Fish, Hate Oily Food... Love Fried Fries though...

Photo taken on my Birthday Celebration ^^ 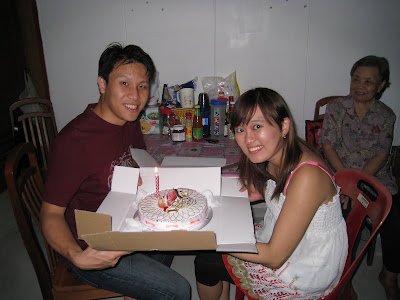 First Photo taken here was on 11th week. It was my Tai Tai dayout with Russ. Thank Goodness my Morning Sickness had started to be better. So now I can eat more... And I was extremely in love with Mcdonalds' French Fries... yummy... 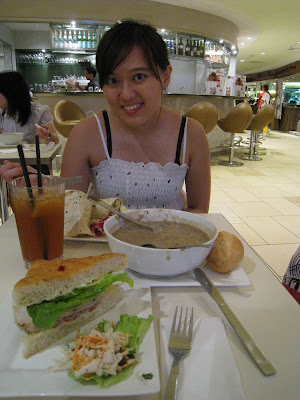 Second Photo taken was after my 12th week gynae checkup. That day, we had our OSCAR Scan and External and Internal Blood Test. This was the day, my hubby first joined me for the gynae checkup and we saw our baby together. Hee... So cute... We had dinner at Beach Culture at Pasir Ris Park. Very nice place... 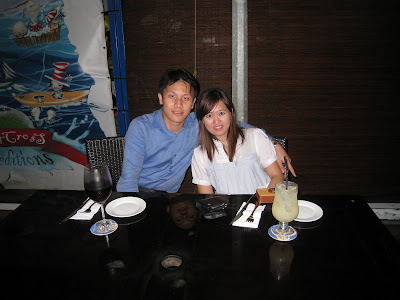 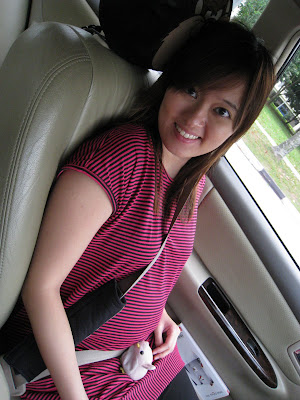 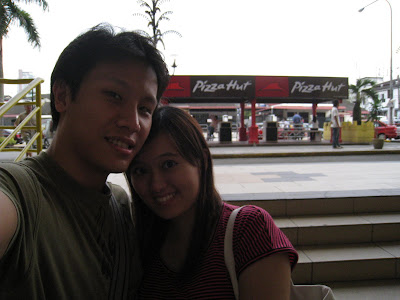 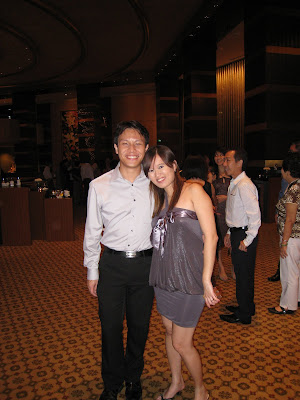 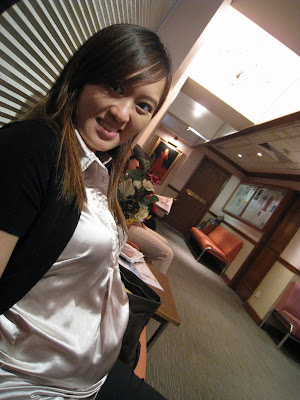 Photos taken was during our One Day Roadtrip to Malacca and JB with Russ, Sandra and Fuwei on 8 August 09~!!! My tummy was growing fat and HUGE... I ate very well.. and more energetic too~ 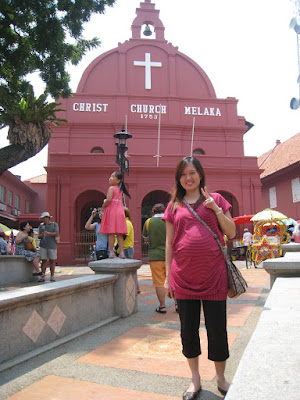 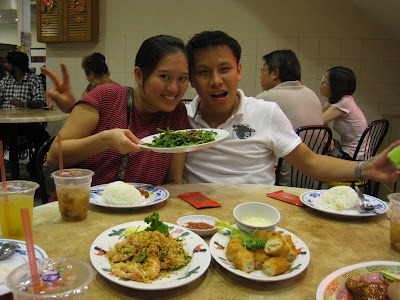 First and Second Photo was taken when I was 26th week pregnant. First Photo was Me and my Hubby went to Sentosa for a walkwalk and we watch the movie UP. Very nice and meaningful show~ And the Second Photo was me and Xia & Wen Girl-Day out and Feasting day~!!! See how much I can eat :P And I ate a lot of Salmon Sashimi as usual ^^ 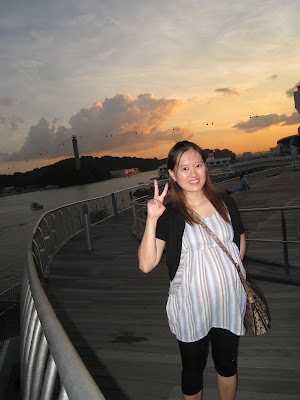 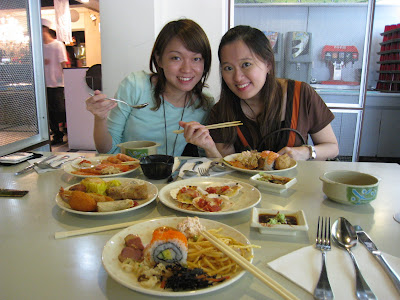 Third Photo was taken when I just finished my monthly gynae check at my 28th week. My hubby brought me to Night Safari after that to walk walk ^^ 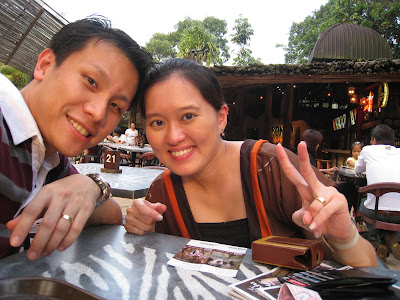 Suspected that I had a low weight gain due to the 3D2N of drip in KKH. But still hope I don't put on too much weight during the remaining 8 weeks.

First photo was taken during my 29th week. My hubby and I went to Genting together with Wenwen and her two sisters. It was my hubby first time drive-up to Genting and it was GREAT!!! I love the weather there and we had fun in the casino too :) It was a great getaway before I deliver ^^ 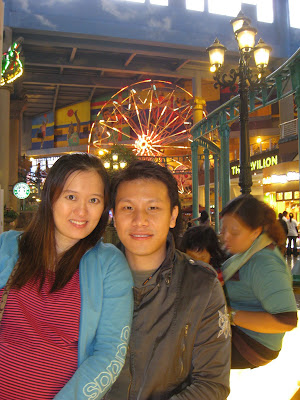 Second photo was taken at Haohao's house. We had steamboat at his house on 190909, during my 30th week. Third Photo was taken in KKH before I checked out from my 3D2N stay. I was in my 31st week. 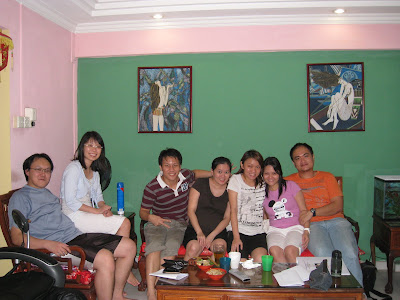 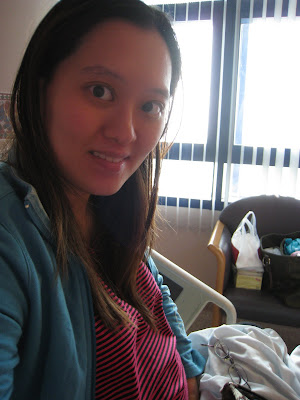 Forth and Fifth photo were taken after my 32nd week checkup. I was at Ivy's house celebrating Russ' Birthday as well as celebrating the Mooncake festival together with Ivy, Russ and Sandra :) 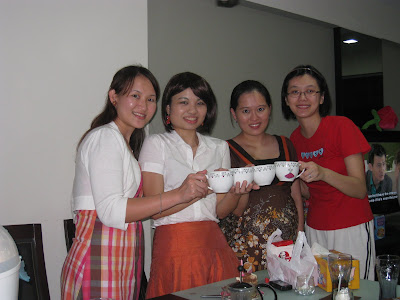 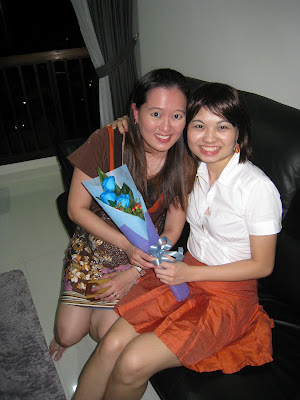 Sixth Photo was taken last Saturday at My Baby Niece, Claris' First Year Birthday Party!!! I was 33 weeks pregnant then! And last but not least, the Seventh and Eighth Photos were taken yesterday at the BBQ with Xiaxia and Wenwen ^^ 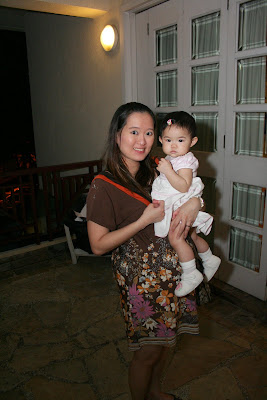 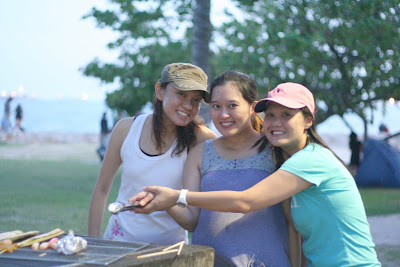 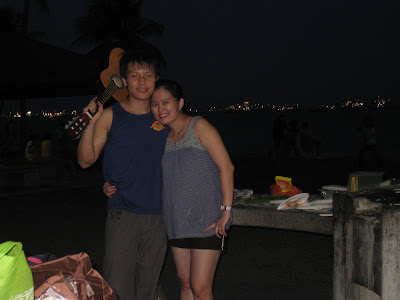 Hohoho.. So happening for the last 4 weeks right?!! Yeahhh, I was thinking since I can move around now so better move around more~!!! Before I cannot go out anymore when closer to my delivery. And worse hor, I will be 'locked in' for the first few months till CNY I think. Sob Sob...

However, I will be looking forward to slowly adjusting back to my normal life again.. And get back to work after CNY 2010... Hope things will go on as planned ^^