Moving on to my next life adventure...

Dear Readers, you must be wondering why you seldom hear from me these days. Actually I have many half-finished posts waiting for me to complete them. There are a lot of experiences and ideas I want to share, in hope it will help people the way it helped me.

I was quietly feeling sad about the news I received few weeks ago. The news not only crushed my dreams but it also crushed my self-esteem. For days I was simply weeping on and off, be it at home or at work.

Close friends who remember my birthday tried to cheer me up by asking what would I wish to do to celebrate my birthday. I brushed them off saying there isn't much to celebrate about. I don't have anything to be proud of as a soon-to-be 36 years old person. You really cannot imagine how upset I was.

When I heard about the passing of our founding father, Mr Lee Kuan Yew, on 23 Mar 2015 (Monday), and after reading all Mr Lee's previous speeches, I suddenly realized I was being very foolish. Mr Lee had said before, regrets don't get you anywhere. Life moves on. We may make mistakes along the way, we may fall but we have to stand up and move on and make things right. Life is not always smooth but we should never give up hope.

He reminds me of my belief from young. I have always believe that with hope (and faith in people and myself) and hard work, we will definitely be able to achieve what we want to achieve in life.

I guess over the last 4 years I was brainwashed to believe I was worthless. I was blinded by people who had intentionally wanted to hurt me. I seriously don't understand what good does this people get out of hurting me but now that I am no longer blinded, I somehow feel honored by the huge efforts spent in hope to defeat my determination.

However, I am sorry to say that I have to disappoint those who think they have won. I really do not need to tell you about  the verdict. It was not meant to make you feel that you have won or make you think that I have admitted defeat. It was definitely not an act of accepting what you have defamed me of my capabilities and character. I was merely being myself, someone who always naively have faith  with people like you.

Now that I have stopped crying and realized my foolishness, I want to stop all my nonsenses. I want to once again uphold my belief... and follows Mr Lee's wise words. I will move on and enjoy my next adventure in life...

Call me foolish but this is me. You can choose to laugh at me or dispise me. You can doubt my intellect and question my originality. But I still believe in people. I still have faith in people. People tell me to stop being nice and naive. But I am unable to do that because I am me. I still believe that as long as I m sincere and kind, with a bit of courage and bravery, and lots of hope and faith, all bad times will get by. I believe I will still meet good people, good people who can see and feel my originality, my heart and soul. Good people like many of those I had already met in my life. Many of those who helped me in many ways or have believed in me.

I hereby thank you those who have always believed in me and who had helped me. I am still who I am because of you. Please don't worry about me. There will be rainbow after the rain.

I don't know what lies ahead of me. But I know I will be alright because I have all of you backing me up. I will be happier and I will enjoy my next adventure in life.

You will soon be seeing more of my blog posts and I will work hard in reaching out to help more people through my sharing...

Posted by Jolene428 at 11:27:00 AM No comments:
Email ThisBlogThis!Share to TwitterShare to FacebookShare to Pinterest
Labels: Neverland

Controversial Review of 50 Shades of Grey... 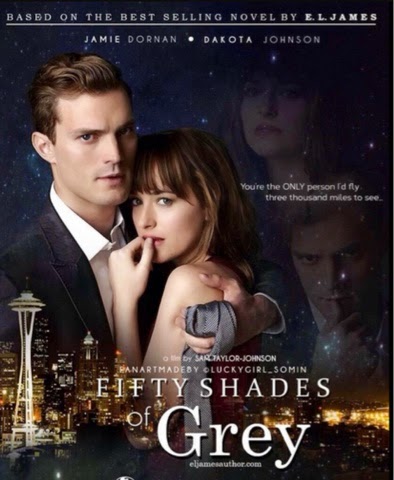 Lately read a lot of negative reviews about <50 grey="" of="" shades="">; and many articles that discourage everyone from watching the movie.

Before I go on, I have to first explain that I was a literature student until JC and in my course of study, I came across quite a number of controversial stories/novels. From my course of study, I also learnt that there is always two sides of a coin about a novel. It usually reflects the Society and its cultural practices. But it also may reflect the author's mentality and possible dilemmas at the time he was writing the novel.

Before I go on, I also like to share that I did not read any of the novels. My review is merely my feel after watching the movie. Maybe I will have a different review after I read the novels or watched the second part of the movie. As of now, the below is how I feel about the movie/storyline. 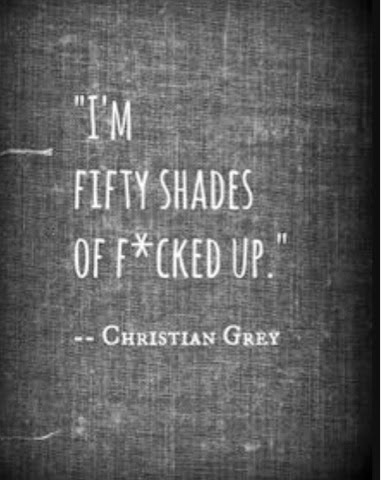 Christian Grey is definitely a shitty man. But I am not like the feminists, who claimed that Grey is being hypocrite and felt that Grey was only trying to cover up his sadist's fantasies with his pitiful childhood. I believe his bad childhood had caused him to feel insecure about women.

I believe every child seeks his/her mum's embrace as the safest place in life. Every child wants to believe his/her mum loves one and every thing she does is for one's own good. Being abused since he was born had definitely left a scar in Grey's mind and heart. It was normal that he no longer felt safe to be embraced by a woman nor felt that a woman is capable of making the "right" decisions. It was normal that he wants to take control of his own life and demand the women to about to him.

Yes, he is pretty sick to find pleasure in punishing women by hitting them because he was taught to believe that if "you don't obey me, you should be punished" from young. It's the same as many other children, who grew up from families that practice family violence. Should they not "let go of their past", they eventually will practice family violence themselves.

However, I feel that Grey is one of the few who wanted very much to let go of his past. Hence he worked hard to please his adopted family. He worked hard to build his enterprise. He was unlike his adopted brother who not only don't work, but also wasted his life/money away partying. Because Grey knew his new life did not come easy, he worked hard to sustain his new identity and to become self-sufficient (and not rely on his new family's wealth). He knew he cannot depend or rely on anyone to feel safe and secure. He wanted to prove to the world that someone like him with a scarred and humble past can also become successful in life. He is like many convicts who are given second chances. He is like many drop-outs who later on went back on track. We should applause his determination and his success should encourage those with humble beginnings to work hard for better lives.

Instead of supporting the idea that he enjoys punishing women to "get back in them" because he was abused by them when he was young, I will like to believe that Grey actually hopes to find a woman who can make him feel safe once again in her embrace. 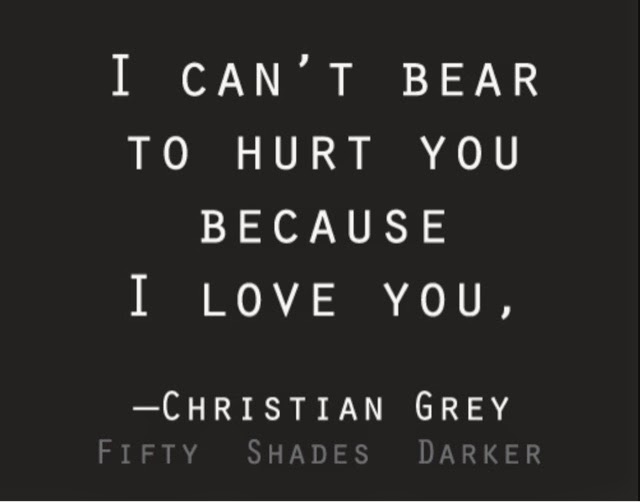 He loves Anastacia differently from the way he loved other women. No other women would have dare challenged him or bargained with him. True enough it was Anastacia's feminist belief which had caught Grey's attention and interest. Many Korean and Taiwan dramas have similar storylines too, where the rich demanding young man/bachelor take interest in the only lady who dare defy him.

I notice that the movie was screened in an era where there was no 3G and no smartphone. There was no icq, no Friendster, no Twitter, no Facebook and of coz no whatsapp. It should be an era that men still have more influence in the society. But it should also be an era where women slowly wanted to have their voices heard and also voiced their demand for emotional and sexual needs. Hence it's normal for Grey to fall in love with Anastacia.

I noticed in many instances in the movie, Grey actually was obedient and even "happy" when Anastacia takes control of him and play him around. I guess as much as humans want to demand for their rights, humans afterall are quite 犯贱 sometimes too and likes to be pushed around by the ones they love. 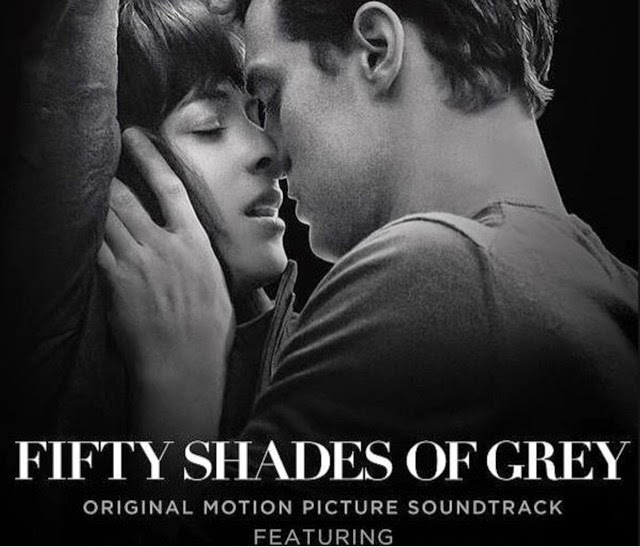 Like Grey said, when "you totally submit to another person, you actually feel safe. Because u no longer have to be accounted for the decisions made. You will be freed". I kinda of understand what Grey means... By not having to account for the decisions Made especially if your decisions are wrong. You will not have to be blamed and felt that you are the cause of the bad outcomes.

Like Grey, I did not have a good childhood. Somehow I grew up to become someone who always blame myself for bad outcomes from the decisions I made. It handicapped me and made me have little confidence when I need to make decisions. Coz I feel that I am not capable of making the "right decisions"... And incapable of making people around me happy... And I am the cause of people wanting to abuse me or be mean to me...I too hope that someone else who is more capable can help me make important decisions and hand-hold me all my life...

So I know what Grey means and how Grey means/feels... 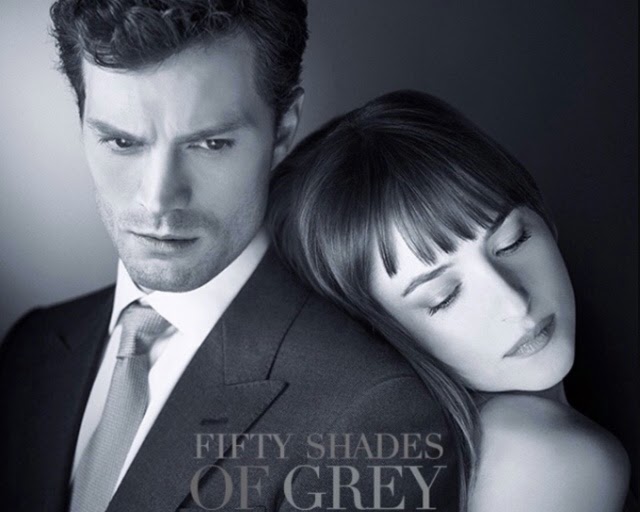 I can somehow feel that instead of wanting to take control of Anastacia, Grey actually hopes that Anastacia can become the Dominant and takes control of his life. So that Grey can once again feel safe in a woman's embrace. So that Grey no longer needs to blame himself for his mother's desires to abuse him. So that Grey can feel being loved and wanted again for who he is and not what he has (his enterprise and money).

You may not agree with what I write but I guess the magic about watching a movie, reading a movie or watching a drama, is that everyone may have a different enlightenment because of everyone's personal experiences and state of mind at the time of watching the movie/drama or reading the novel...

But hor, I am pretty sad that the male lead will be different for the next two movies :( coz I think he did a good job in the movie. Loves his intimidating look!
But well I guess the crew will definitely be able to find another male actor with a good body and intimidating look ^^ (will "secretly" vote for Hugh Jackman or Brad Pitt to be the next Christian Grey ^^)

And don't know why his "laters babe" always make me wants to laugh.. Hahaha... :/

I think I will go and read the three books ^^ 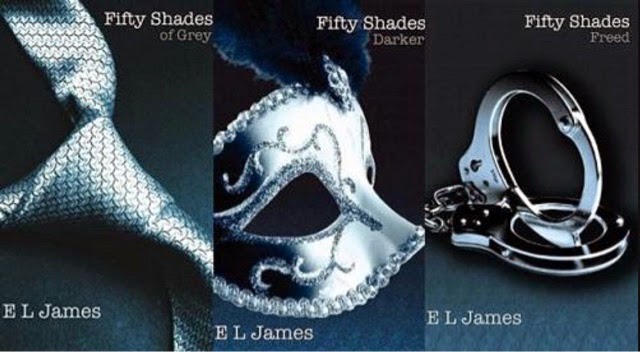