Frankly, I still feel that the movie is a bit slow, especially the parts when Edward and Bella are talking to each other. It was the animal instincts in Jacob that perks up the story a bit occasionally.

I still remember the very first time I decided to watch Twilight, was because there was no other movie to watch. I did not read the story and had no idea what was the story about. When we left the cinema, the first thing that both me and Laogong felt about the movie was that it was SLOW and the storyline was really lame. OR rather, I should say in a nicer way, SIMPLE...

But Edward was then really someone very charming to me. Someone who I thought it's really sweet to have in our lives. Edward was the typical guy with the 'Naughty Look' but yet he was not the player type of man. This makes him more yearn for by all his female fans. And Jacob was then really a turn off because of his long hair. He was pretty skinny too then. Edward, who looked relatively taller beside Bella, was like a knight in shining armour (ironically, he does have a shining body). 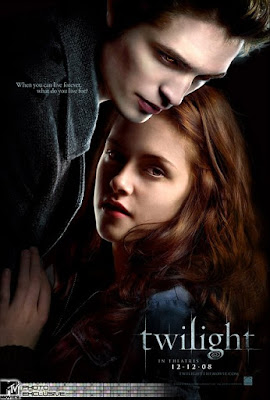 I decided to watch Twilight - New Moon, partly because it seems natural to follow up on the part two of the movie. Surprisingly, Edward's drug addict alike pale-coloured, skinny and boney body was a BIG turn-off to me. And I felt that his lips was too red and the face was too pale, compared to the first episode.

On the other hand, Jacob grew so much bigger and fitter and manlier... His short hair made him looked boyish but yet freshing. His toned body made so many girls screamed in the cinema. He was like the unconventional prince on a black horse, always there to fight off any evil for Bella.

Though Edward was still always there for Bella, Jacob's loud expression of love and affection was what really made his fans went crazy. 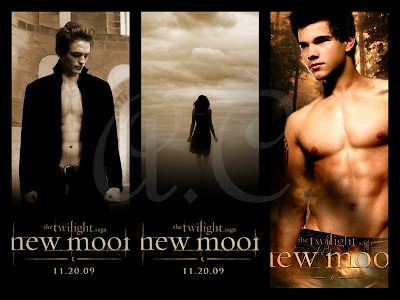 At first, I really thought the story was lame. Especially when I felt that Bella was no superb beauty. Instead she was simple, plain, don't doll up herself and very clumsy. But yet, there was two men who were so crazy over her. But while I watched the Eclipse, I finally knew the morale of the story.

Yes, the storyline was still simple. But simple it may be, it tells about every girl's dream. Or should I say most girls' dream...

1. Edward had this typical playboy look but yet he was very old school and only will 'touch' Bella after they were married. Such men are largely extinct...

2. Jacob is the typical fun and outgoing boyish guy but yet he has this wild and animal side of him, who thinks aloud about his desires over someone he loves very much.

4. Edward was the mature and gentleman type of man every girl likes but at the same time, you may find him a bit too boring, because other than lying on the flowerbed doing nothing, he doesn't seem to have any other hobby.

5. Jacob may seem childish and untamed, but yet he is fun, adventurous and you will never be bored with him. And his expression of love is so loud and verbal! This is every girl's dream, to have a man who enjoy telling her how much he wanted her to be his.

6. It tells the irony of human beings. As much as they wanted to have a man who loved them wholeheartedly and will not even look at other women, but yet when they are given a vampire lover who only have a heart for one girl and will stay loyal to this one girl as long as they live (which is forever), they may find it too boring to face the same face for eternity.

9. The vampire and the wolf are like perfect rivals. One likes to manipulate (by sucking another's blood and becoming his/her master) and one likes to be manipulated (don't you feel that Jacob just wants to be like a naughty little puppy adored by Bella?) 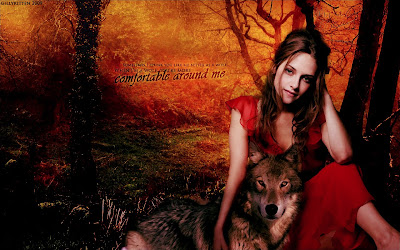 Seriously I will like to have such a handsome and strong puppy who loves me and me only ^^ And will do everything I want him to do :)

10. The story also talks about the fear that marriage will be the tombstone to romance. Bella expressed how she is fearful of marriage, partly because of her parents's divorce. And partly because she is worried Edward will get tired of her one day.

11. Eclipse also reveals many stories of the other vampire members in the Colin family and how they became who they are. The first two movies had emphases solely on Edward and Alice. And now we get to know more about Jasper and the other female vampire (can't remember her name).

12. Last but not least, the movie revealed that Bella really loved both men, and she chose Edward not because she loved him more, but because she had wanted to find a place she belonged. This also tells of how a child from a divorced family will behave or believe. They will always hope to have their own family or join another family to feel belonged, since they are always insecure or feel unwanted.

I wonder if there ever such a man that is both Edward and Jacob? Hmmm.. well, I feel my Laogong is the closest I can find so far :P Hahaha...

Actually I think every man has a combined personality of both Edward and Jacob. Some personalities are more conscious than the other, and some has another subconscious personality which they may not be aware of.

But seriously, every man will like to manipulate or be manipulated at the right time. It's all about timing and moderation. And if you know how to play the game, you simply can get any man in the world you want :) 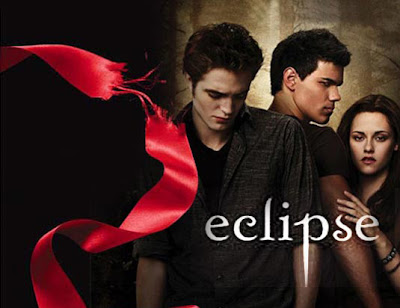 And yes, I will want to watch the 4th movie of Twilight if there is going to be a 4th movie :)

Oh yaa, many girls are still screaming in the cinema whenever Jacob took over his shirt or appear topless