A Remake of the Predators

I really wonder the need to remake this movie. 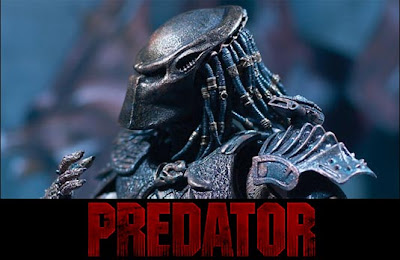 First of all, it was not remake in 3D. And secondly, there was no big hollywood actors/actresses in this movie. So I really wonder why did they want to remake the movie. What's worse, was that it was quite obvious it was a budget movie.

What I find really interesting though, is the alien predators catching those who they feel is the predators in the human world to be gamed after. And it was quite amazing to see how the aliens had wanted to win over fair match.

For example, the aliens got rid of the previous survivor who was trying to kill the rest in his hiding place. They did so, so that they can have fair game. And the part when the Yakuzi fought the Predator. It showed how the aliens respected such fair match.

On the other hand, in contrast to the alien Predators, we had this human doctor who use all the scrupulous methods to stay alive and abused good men's kindness. It was really an irony how the same kind can try to kill each other, and not worked together to kill a common enemy.

It also tells of the one that looks most harmless, could be the real serpent in disguise...

Not a fantastic movie but yet I find the morale of the story still not too bad.
Posted by Jolene428 at 10:27:00 PM
Email ThisBlogThis!Share to TwitterShare to FacebookShare to Pinterest
Labels: iWatch, Movies, Neverland, Reviews