Hihi, sorry for the backlog again...

Had been busy and hence couldn't blog much. Anyhow, I will catch up with the backlog before I accumulated more backlogs!!!

Watched two movies lately and really like them both A LOT!!!

But even so, I feel very much attached to this movie.

I did not really follow on the series but then I watched Sex and the City 1. I love the movie series because it seems to answer a lot of questions.

We have the newly wed Carrie who is ever worried her romance with Mr Big will end with her marriage and longs for daily sparkles to maintain their relationship. She ends up kissing an ex bf who she used to like a lot. Mr Big then realized the two of them had very different expectations in the marriage. Hence he 'punished' her with a diamond ring (which she had refused to wear all along because she wished to be unconventional, since not having children is an unconventional marriage too).

We also have the career-minded control freak Miranda who was being unfairly treated at work because she was a outspoken woman working with this new MCP partner. She then realized it was not worth it to miss her son's school events for a lousy boss. She then quited and got herself a better law firm to work and add value in.

We have the girly Charolette who has two lovely girls but yet they are driving her crazy because she lost all her ME time. She found herself a good nanny which she then was worried about having affairs with her hubby. She then realized she needs to maintain her own ME time too and that her marriage should be based on trust. And of coz, she found out that her nanny is a lesbian ^^

Last but not least, we have the always so sexy Samantha. She is her old ways, having sex around with different men in the movie. However, the movie focus on the all worrying Menopause of every woman in the world... Samantha was so worried she became unattractive and low sex drive that she was high on vitamins to curb her menopause symptoms...

My favourite character from the movie? Hmmm.. I seem to have a bit of everyone...

I am the Carrier who hopes she is forever in love with her hubby; the always worried that about not being attractive Samantha; the Charlotte who needs ME time and also the Miranda who wants the best of both worlds - career and time for her family.

I love the friendship between the 4 women too. When one has problems, the rest all headed down for each other...

And though everyone has very different personalities yet they can accommodate with each other differences, at the same time complement each other. There is this scene when the two mothers, Charlotte and Miranda had a drink together and Miranda cheered Charlotte up and tells her its okay to hope to have some ME time.

She is like me who loves my baby girl so much, and worries that Jamie loves my helper more than me. But at the same time, I know that I cannot do without my helper. Without her, I can never have my ME time or have my life back. But yet I am like Miranda who hopes to find the right boss to appreciate me, so I can have the best of both worlds - working hard and yet a lovely mother to Jamie...

These 4 characters really reflect many women in this world... And from them, we realized we are actually just normal human beings, who have our needs and desires as well. As much as we wish to have a status in the society, we hope we can be wonderful lovers, wives and mothers...

Being a woman is really not easy.

All Women out there, Cheers to All of You~ U are a surviver!!! 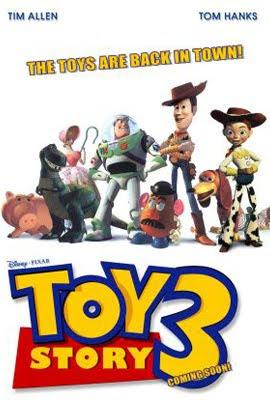 The other wonderful movie I watched is the Toy Story 3

Frankly, I didn't want to watch Toy Story and Toy Story 2 because I thought the toys look ugly and non-relevant to me. Maybe because the toys are toys for boys???

I was lucky that Sandra invited me to watch this movie at a corporate rate. If not, I may have skipped it as well. It was a great movie and very very relevant to me.

I always believe there is a child in everyone... especially myself. I too have a very special toy from my Laogong. This toy used to be a 'decoration' in the first family car. He gave it to me before he got enlisted into NS, in fear I felt lonely when he cannot be with me always. The toy was meant to keep me company always, at all times... We gave it a crappy name because of a crappy joke. Yaa, I named it Pipi ^^ My old friends would have all seen Pipi since year 2000. Yes, he is as old as my relationship with my Laogong.

He was there when my Laogong cannot be there for me. He sat through all my Uni exams with me. I know it's childish and crappy but yes, he was right there on the examination table with me :P

Most people would have got over toys or even more so, soft toys. But never me. Why? Maybe because I grew up as a emotionally lonely and insecure girl. I need to hug soft toys to sleep especially if I sleep in the dark. I had always thought my mother didn't love me very much or was never proud of anything I do. Ya, not even when I topped the class or was the top 25% in JC... Whatever I did back then, even till now, was never enough for her to feel proud of me.

I never let my mother has the chance to come near Pipi then, because as the day grew, Pipi became 'weaker' and now he is in stitches all over. I really don't know how long can he continue to be there for me. But the movie touches me. It gave the other perspective. Here, I was worrying whether PIpi will be there for me till I am old. But actually he is more worried I threw him away one day, and hence he cannot grow old with me.

I cried in the movie twice. Once when the toys were about to be burnt into flames (but was later saved by the 3 very cute aliens) and another time when Andy waved goodbye to Woody.

It said... Our friendship will never die...

This is how I feel towards Pipi :D

And I was so worried that Pipi will be lonely when I was busy at work, that I found him a few friends, and I am glad I did. After watching the movie, I can't imagine if Pipi had been alone all these years...

Pipi now has a pinky dog, a twin brother, a pink penguin and a toy stitch to accompany him :D And not forgetting the many other soft toys in my collections - a BIG yellow dog, a purple dog, a killer whale, a nemo, a turtle, a horse and many many many more toys ^^ (and of coz my dwarf ^^)

But most importantly, I will always be there for him, as much as he is always there for me :) He is not just a toy to me. He is a special someone to both me and my Laogong. Laogong knows he can count on Pipi to take care of me when he is not around.

I still remember I almost lost Pipi once. When the esplanade was newly opened, Laogong and I took Pipi out for a spin to the esplanade. But when we were about to leave the place, Pipi was nowhere to be found. We did not bring a bag along so Laogong had kept it in his pocket. It must have dropped out!!!

We searched everywhere but couldn't find Pipi. We decided to look around the last place we saw him before we leave. I was crying hysterically by then. And guess what? Pipi heard my prayers!!! He heard my crying~ He was sitting on the door knot of the handicapped toilet exactly where we last saw him!!!

But before this last search, we could not find him anywhere there!!!

It sounded really creepy but all the more I felt that Pipi is 'alive'!!! And he tried his best to be founded by me~!!! From then on, I never let him leave my sight.

I have to say, now that I have Jamie, I need to protect Pipi further. Since he is so old and weak already, he can barely escape Jamie's evil claws without losing an arm or leg... So I hid him away in the daytime and only took him out at night when it's time to sleep.

Now that I saw the movie, I secretly hope I can catch Pipi in action with the rest of the toys in the middle of the night ^^

"Pipi, I will always be there for u, like you are always there for me :)" 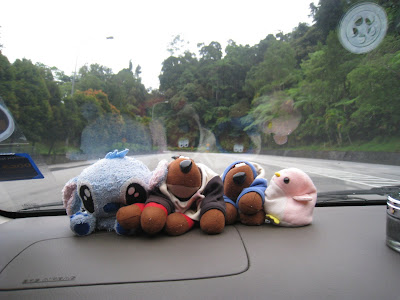 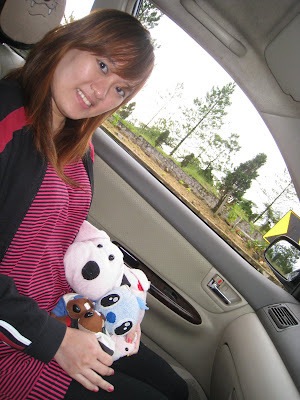 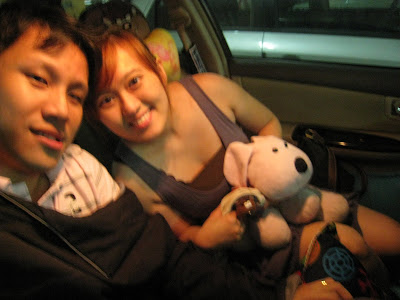