We were pretty lucky to have gotten the three tickets for S$10 each from my mother's friend (who is working for RW now) on 13th March 2010. The good news came pretty last minute and we were all very excited. And since my mum was free that day, we thought it will be great if we could bring her out for a day of fun at Universal Studio with us.

Jamie wasn't as grouchy as we thought she would be when she was woken up at 7.30am. Instead she was really cheerful and excited when we dressed her up like a 'ranger'. She even had her a 'ranger-looking' hat on. See how happy she looked! 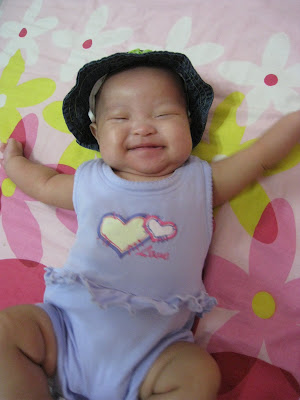 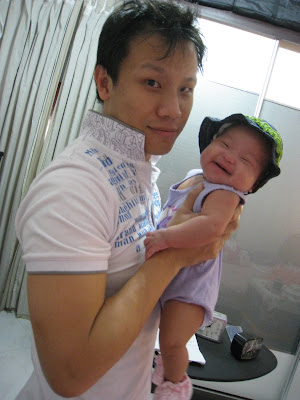 Because it was meant to be a relaxing family day out with Jamie and my mother, hence we did not intend to have any ride in the first place. But the place was so unpacked (since the Universal Studio was opened on that day mainly for its staffs and their family members) that, we actually managed to try out a few rides :)

Jamie had her sleepy look through the tour and even took her nap undisturbed. I guess it's mainly because 9.00am to 2.00pm had always been her on-and-off sleeping hours. Though it seemed that she might have missed out a lot, however, she 'took' many photos with us too! Yes, even in her sleep :P I believe we will bring her there again when she learnt how to walk so that she can truly enjoy the time there. 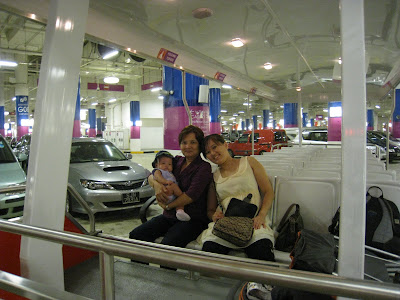 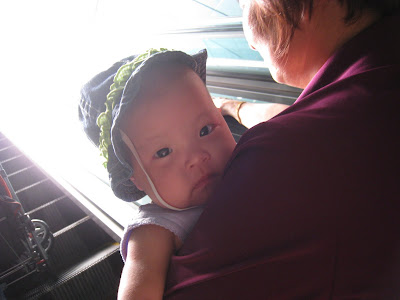 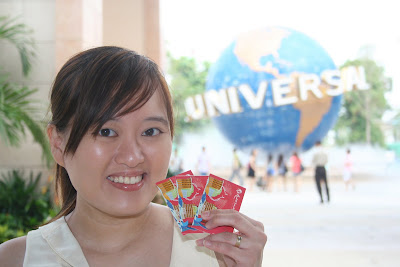 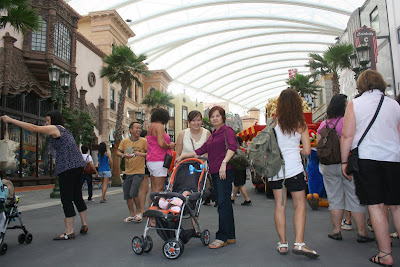 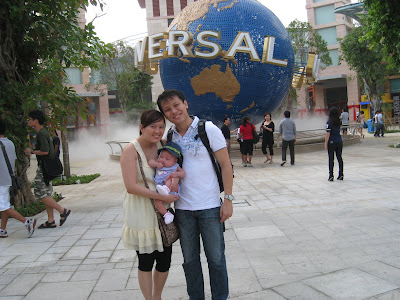 Our first stop was the Madagascar area, but the rides were not opened yet. However, we managed to catch the movie characters for phototaking! And I really love the penguins!!! There was this very naughty one which kept making 'funny expressions' when we were snapping away! Jamie was so so so amused to and not at all afraid when she took photos with the penguins!!! 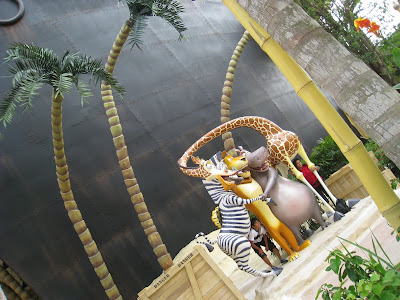 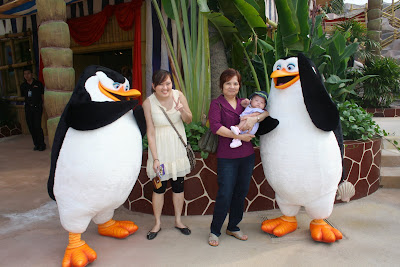 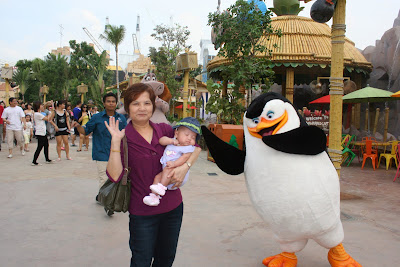 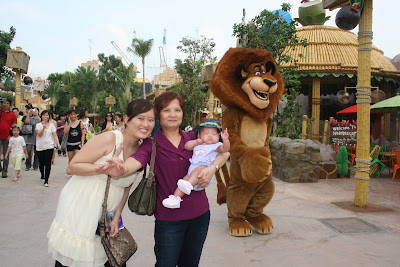 hence our first stop was to take turns to watch the 4D Shrek Movie. It was actually the least exciting 'ride', however, it was also the only one that my mother was willing to try out. She thought it was so so only and was more worried about the hygiene level of the water that was splashing onto us throughout the Movie. 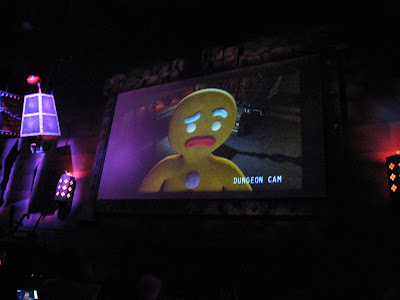 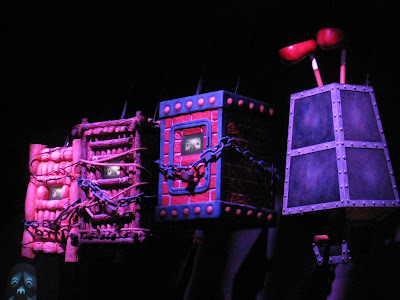 Sigh, we missed going to the Waterworld area AGAIN!!! We missed in Japan and now in Singapore. We did not thought it would have very interesting rides or shows until we saw the thriller in one of the merchandise shops! But at least because we missed it, hence we will not mind visiting Universal Studio again!!! hahaha...

I personally like the Mummy area MOST!!! And we also took the ride there! The ride was actually not very scary, but somehow I almost screamed my head off! Hahaha... 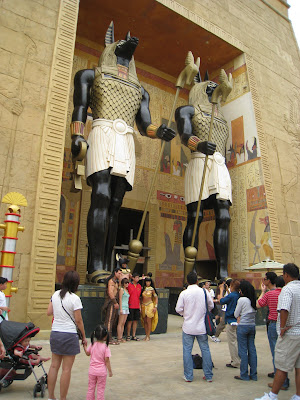 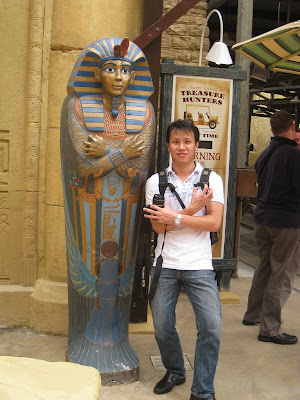 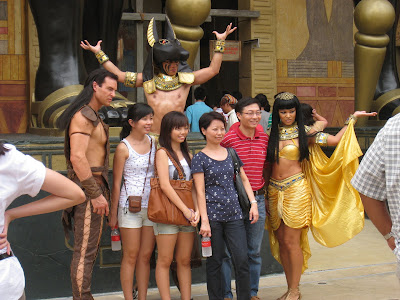 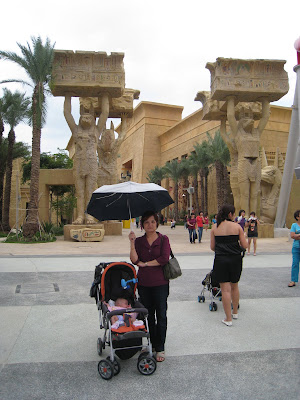 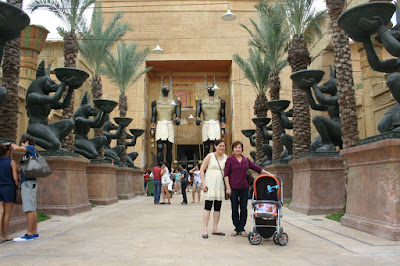 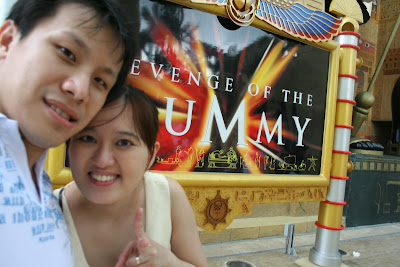 I didn't know my mother would be so 'fun' to be with. Because she had always been a serious mother who will tolerate no nonsense from us. Many a times, I actually thought she would stop us for taking 'funny' photos. However, she actually joined in the fun together with us!!! 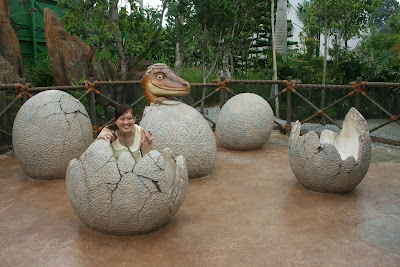 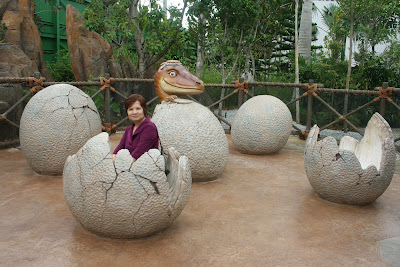 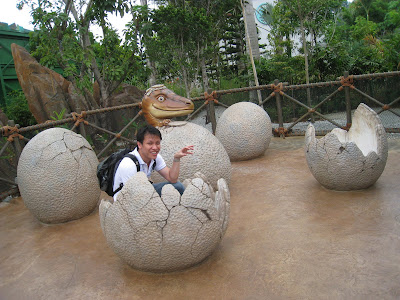 It had really been a long time since we had a family day with my mother. And it was a pity, my father wasn't able to join us. I enjoyed myself a lot and I suddenly missed those times, when I used to go out with my parents. I remember we used to have a bicycle each, and we would cycle all the way to woodlands to have dinner on weekends. Or simply an exercise routine by cycling around the Senoko Industrial Estate. However, as my parents grew old and my father remained busy at work, we hardly had such chances anymore. I hope when Jamie grew up, we can cycle around like I used to do so with my parents. If Jamie can cycle around together with me and my parents, it will even be better.
Posted by Jolene428 at 6:21:00 PM
Email ThisBlogThis!Share to TwitterShare to FacebookShare to Pinterest
Labels: DayOut, Family, Laogong, MyKidz, SAHM