I realised I missed out a very important blog entry :P

On the 28th July, I took half day leave and attended my laogong's graduation.

After 2 years of no-day-no-night juggling of work+studies, he at last has unburdened himself of a once-huge stone. However, this has yet allowed more free time for himself and for us. This is because of his new responsibilities attained at work.

Well, we all know with more responsibilities, more sacrifices may have to be made. For a better future, I kinda of gotten used to it.

But what's important here is that, we took quite a bit of photos this time round as compared to his Bachelor graduation. I have to say it's really sad to recall that there was no battery in the camera during his bachelor graduation, hence there are almost NO photos to remember the event. But there is still one disappointment in his Master graduation. And it's because Jamie was not allowed to attend the ceremony because she is less than 6 years old. I look forward to taking shoots with Jamie in the studio in my bachelor gown, together with Laogong.

Frankly, Laogong was not very bothered about whether I can attend his Masters graduation but I feel that it's a really important event of our lives together. This is because his studies had so-called witness both our wedding and my pregnancy/delivery.

I still remember Laogong was still busy with his NTU project on the eve of our wedding. And some idiots even called him to go down for some team meeting. And he ended up working through the night to do up the photo montage because he only managed to finish his NTU project very late into the night.

And I was super nervous as the day drew nearer to my EDD. I kept telling Jamie to choose the right timing to come out because I will really not wish to deliver during his exams. And when I finally went for my C-sec 2 wks before his exams, I felt so relieved, because Laogong had time to visit me everyday. But since his exams was during my exams, hence I didn't get to see him a lot until after his exams.

Have to say that I am really proud to see my Laogong makes it through his studies though there were so much distractions - wedding prep and baby prep. And I really pei fu him to be able to study continuous for so many years.

Sometimes, Laogong will tell me he did not know whether he has chosen the right path to marry at a younger age than his close friends. However, I always guide him to think positively since how many guys of his age (less than 30 yrs old) and has a wife, a child and a Masters certification. And by the time he is 30 yrs old, he will have his own house too. He may have enjoyed lesser bachelorhood, but yet he has a very fruitful life because he went through so many other experiences than just enjoying his bachelorhood.

I guess it's normal that once a while, we will be lost and suddenly think we have made the wrong choices. But in fact, it may be because the result of the choice is too good to be true... Humans are really weird sometimes right? 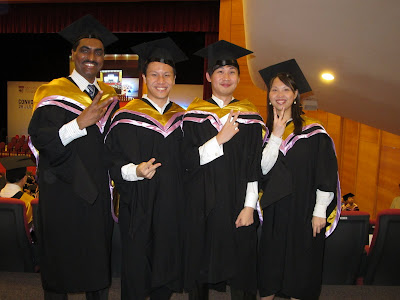 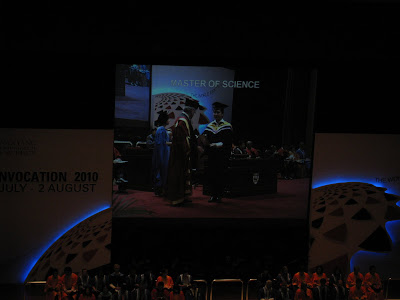 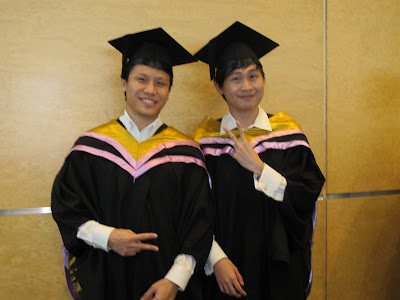 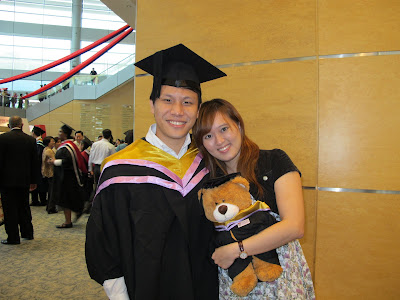 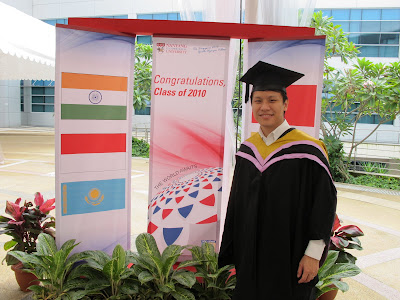 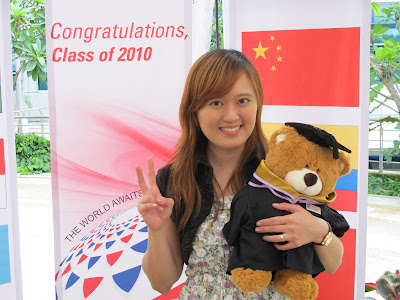 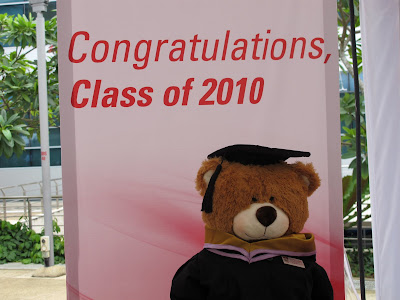 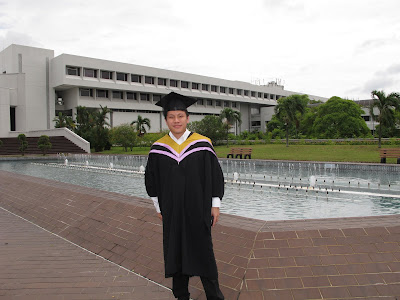 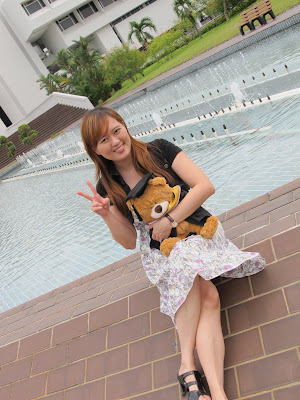 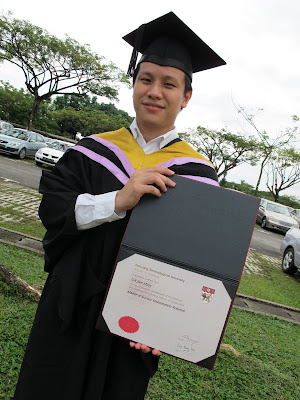 Posted by Jolene428 at 2:12:00 AM
Email ThisBlogThis!Share to TwitterShare to FacebookShare to Pinterest
Labels: Laogong, Neverland