Heehee, guess I just had to leave out some blog entries lah... If not do a short short one :P

Wanted to leave this two movie reviews altogether but really don't feel like doing it if I can spend just 5min writing each of them.

I still remember the last time Jamie watched a movie was when Pyone just joined us in end March. Because Pyone was still new and had some language barrier, hence we normally bring her along together with Jamie when we went out.

4plus months had passed and Pyone had proven herself to be a great worker, who is not only hardworking but efficient and effective in her tasks.

This is another movie treat for her. And of coz Jamie, to test if she would be as obedient as she was in a cinema when she was still very young. Jamie proved herself to be not only obedient but also enjoyed the movie alot. Other than the little soft whining towards the end of the movie, when it was close to her sleeping hours. However, after minutes of patting, Jamie dozed off even with the loud sound system blasting away.

The storyline was simple and nice. It was about a man who chose to be a villain because he wanted to do something that makes his mother feel proud of her. But he was too kind to be a successful villain. He took in 3 orphans in hoping to get them to fulfill a mission, which will eventually allows him to steal the moon. However, it turned out that he was touched by these 3 orphans and became really nice. And eventually, he learnt how to be a good father and care for other people.

In the end, it turns out that his mother is proud of him when he becomes a good fatherly figure and able to show care and love to the 3 orphans.

I had been thinking about the morale of the story for a while... And I think this should be it. Sometimes we need not be the greatest people in the world to feel good or proud of ourselves or to win our parents' over or makes them feel proud of me. Being who we are and learning to love, care and share for other people, is actually a more priceless gift and hard to attain skills which will make your parents feel proud of you.

Hence people out there who are busy trying to earn as much money as you can so to give your family or parents a good livelihood. Slow down and think. Maybe by spending more time with your family members and parents is actually more important than bringing in more bread and butter for them.... 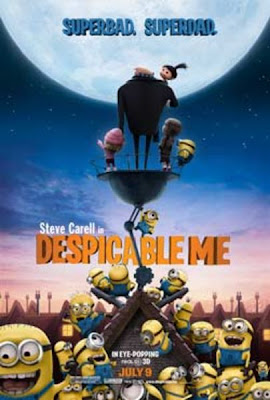