Yesterday was my laogong's birthday~!!!

But we couldn't go out until my MIL came home from work and helped us take care of Jamie. It was almost 8pm by the time we went out. We went to the Beach Hut at ECP. It is one of the few places which my laogong had always wanted to go.

There was a live band there but yet it's not too noisy. Other than listening to the songs played by the band, we enjoyed looking at the people walking to and fro. 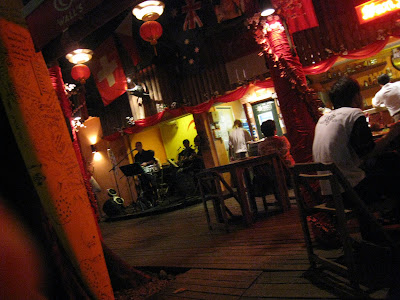 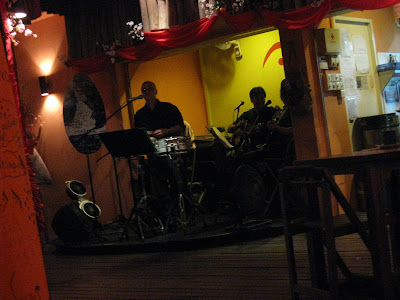 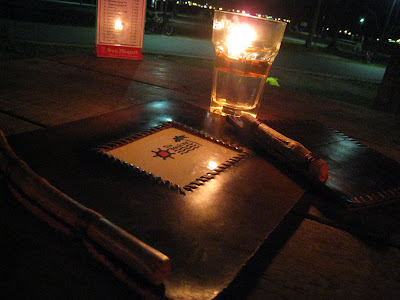 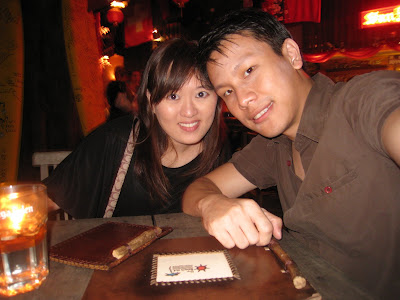 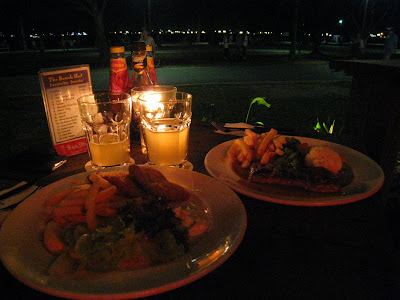 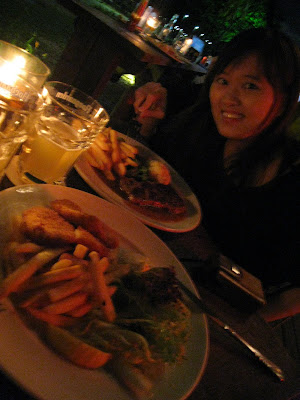 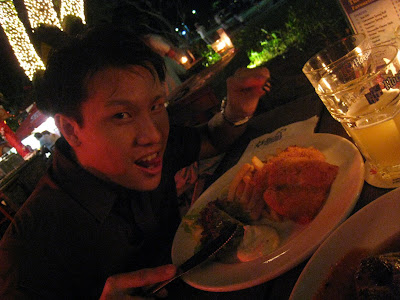 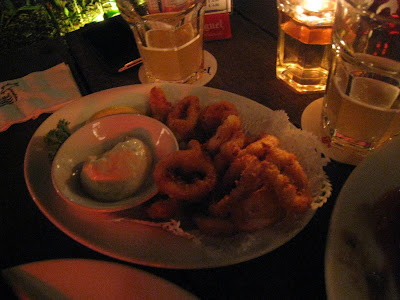 After movie, we went to watch the Movie, 'Law Abiding Citizen'.

The leading actor, Gerard Butler is also the leading actor of the two famous Movie, '300' and 'P.S. I Love You'. This 'Irish' man has a good body manz!!! :P He has very lovely gray eyes too~ Nice...

In the movie, he acted as a thinker who planned 10 years to take revenge on those who lightly sentenced the two criminals who killed his wife and daughter.

These days, we watched alot of 'Thinking Movies'. Another of such movie is the Movie by Jude Law and the 'Iron Man' (Who has a great built too :P)

Having been stuck at home for so long, I think these movies made me feel 'alive' because I get to think a lot while watching the movies :)

Heehee, as for what birthday present other than the birthday dinner I treated Laogong, I am still waiting for Laogong to spot a watch which he likes very much :)
Posted by Jolene428 at 10:57:00 PM
Email ThisBlogThis!Share to TwitterShare to FacebookShare to Pinterest
Labels: Celebrations, iPakTor, Laogong